Games Workshops Psychic Awakening event has been here a few weeks now – and I’ve had chance to poke around with the code for the event map. Here’s my initial findings 🙂 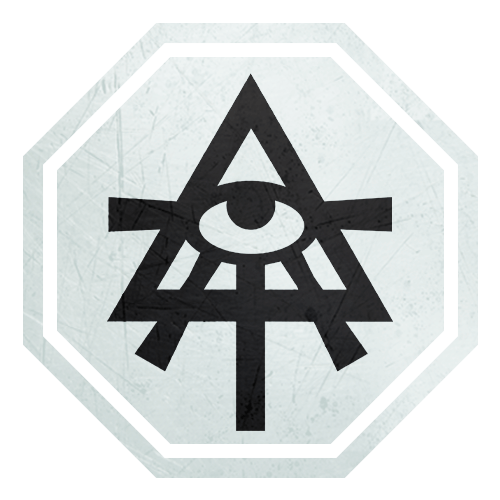 I noticed the filename was https://www.warhammer-community.com/wp-content/uploads/2019/09/MapIcon1_Light.png
So I tried changing the number – and MapIcon2 was on the server:

So it looks like the Second Icon will be a Sisters of battle focused zone.

There’s also an background image of a chaos marine. Just the CSM Codex cover I think?

Final thing in my first ‘delve’ is a bit more complex. But also the most interesting.

The HTML code for the map icon looks like this:

The data-js-event-trigger attribute controls which event the icon pops up. Not all the code is implemented but, if you change the value from 1 to 2,3 or 4 the maps zooms in on a different area. I’ve included the 4 images – including for event 1, so you can judge where the zoom is meant to focus on.

This is the “current event”. You can see the icon is centred in the middle right of the zoomed area. As we know this is Aeldari fighting amongst themselves over the Ynnari.

You can see middle is near Terra + Mars. And not much else – Armageddon is a little higher up. So it looks like it’s set close to Terra. I’m not sure whats nearby to fight them, there where daemons on Terra after the rift opening… could be that? Or ‘stealer cult?

I don’t think there is much doubt here. Even 3 looks to take place in/around the Baal system. It looks like the 5th sphere T’au expansion is near Baal too, so I think this one is Blood Angels taking on the T’au. </guess>

event 4 – Prospero/Sortiarius Magnus vs the Lion? (or AdMech)

This one looks to be centred on Propero/Sortiarius (Planet of the Sorcerers). So it’d a good bet the Thousand Sons and Magnus are involved. But if you look at the location of the Rock previously, in the gathering storm map, it was near Fenris. On that trajectory it looks like the Rock is headed towards Prospero. Maybe that Plastic Thunderhawk riding Lion will show up 🙂

Trying to look for even 5 just takes you back to one the the above zooms. So that’s all that is in there for now.

So far we have the following races covered:

So what’s missing? Here’s all the factions not on the radar. Remember GW said ALL factions will get something.

That’s at least 9 more factions… to go if you’re generous in linking the above. 3 or for more “events” more that I’ve found at least 🙂

++ THOUGHT FOR THE DAY: Innocence proves nothing… ++

++ THOUGHT FOR THE DAY: Ignorance is bliss ++

++ THOUGHT FOR THE DAY: Honor is what a pure mind knows about itself ++